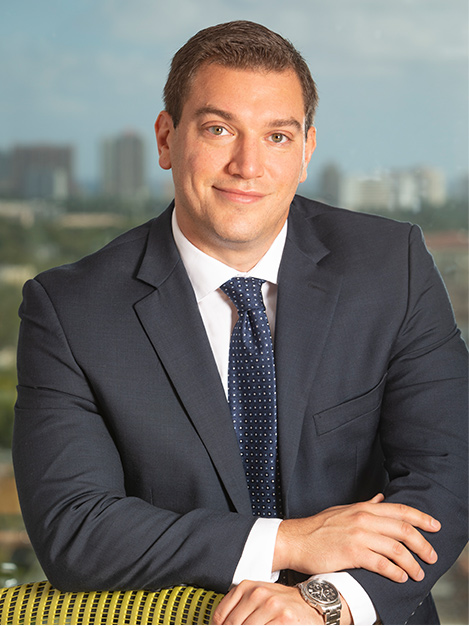 During law school, Mr. Lader worked as a legal intern for a boutique commercial litigation firm where he helped represent a plaintiff against a large, multinational electronics corporation for breach of contract among other claims. In his final year, he participated as a student attorney for the Larry Hoffman|Greenberg Traurig Startup Practicum at Miami Law. Under the supervision of the directing attorney, he drafted and filed a patent application for a cloud-based technology startup, drafted a bespoke operating agreement for a Florida LLC, and helped a tax preparation startup prepare for and manage potential liabilities while undergoing expansion.

After graduating and passing the Florida Bar Exam in the summer of 2017, Mr. Lader opted to extend his education for one year to earn his LL.M. in Taxation from University of Miami School of Law. As the Florida Bar Tax Section LL.M. Scholar, he earned the Director's Award in both Consolidated Returns and State & Local Tax, the CALI Excellence for the Future Award in Corporate Tax, and the highest grade in Federal Tax Procedure.

During the LL.M. program, Mr. Lader worked for a plaintiffs’ securities firm representing individuals against investment firms for violations of securities regulations. The Florida Bar Tax Section also awarded him the Miami Law, LL.M. Scholarship to attend the Tax Section’s 2018 Fall Meeting in Washington, DC, where he got a behind the scenes look at the ongoing processes of implementing the Tax Cuts and Jobs Act of 2017.

Mr. Lader's practice focuses on representing businesses and individuals in high-stakes tax litigation against the government, long-term and transactional tax planning, and strategic business planning. During his free time, he enjoys taking advantage of the South Florida weather: going to the beach, jogging around the many parks with his dog, and playing basketball. He is also an enthusiastic BBQer, and relishes days spent smoking delicious meals of meats and vegetables by the pool with friends and family.